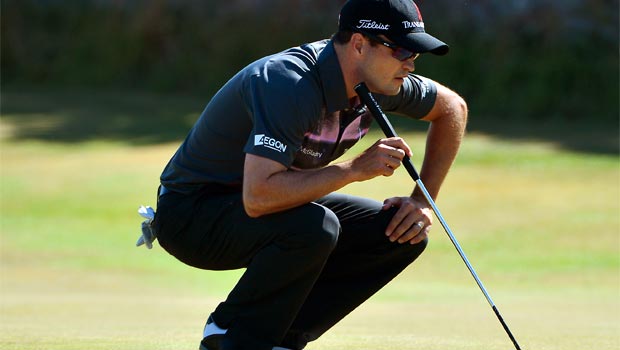 Zach Johnson has been one of the form players of late and continued his rich vein on Saturday as he powered three shots clear at the Tournament of Champions at the half-way stage.

The former Masters champion has finished in the top ten in seven of his last ten tournaments and beat world number one Tiger Woods in a play-off to win the unofficial World Challenge last month.

Johnson had been one shot off the pace after the opening round and carded seven birdies on his way to a round of 66 and a 13-under-par total, three clear of his nearest rival – defending champion Dustin Johnson.

(Zach) Johnson was unable to take advantage of any of the four par-five holes but proved that his consistency off both tee and fairway was still good enough to open up a sizeable advantage.

“I don’t know how many years I’ve been here, seven or eight probably, and I’ve had one or two decent finishes, but nothing so spectacular,” Johnson said.

“The more I get my feet here walking these grounds, I think the more comfortable I become.”

Dustin Johnson fired himself into contention with nine birdies in a round of 66 to lie at -10 alongside Matt Kuchar and Jordan Spieth, and will be an obvious threat having birdied all of the par-fives.

“This golf course sets up well for me,” he said. “I can reach all the par-fives, and there are a few short holes where you can drive it up close to the green.

“So if I chip and it and putt it well, I’m going to shoot a good score pretty much every time.”

Webb Simpson and Michael Thompson are tied for fifth, one shot further back at -9, while Kevin Streelman and Ryan Moore share seventh place at -8.