Posted by Jason Stepford on December 6, 2013 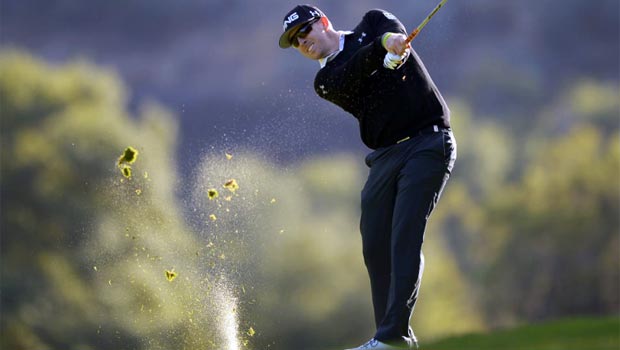 Johnson started his round with birdies at the opening two holes before being pegged back by a bogey at the par-four seventh.

Johnson burst into life after the turn when picking up five birdies in seven holes and even a bogey at the last could not take the shine off the round as he finished one clear of Matt Kuchar.

Kuchar picked up an eagle at the par-five 11th, but three bogeys spoiled his card. Fellow Americans Hunter Mahan and Bubba Watson finished on two under, with Tiger Woods, in his own tournament, at one under.

“I felt like I hit the ball decent today,” said Woods. “I missed two short ones (putts) there at one and the kick-in at 18.

“That’s a couple of shots right there, and I’m only two back. I had a couple of good ones (shots) on the back nine today that ended up in some very interesting spots. The golf course is kind of set up that way right now.

“There are some tough pins out there. You miss them on the wrong spots, you’re going to pay a price and I think that’s kind of what’s signified in the scoring. No one is running away with it. Nobody went low today.”

McDowell also started the day with two birdies and pick up another two later in the round, but they were cancelled out by four bogeys.

“Generally I was quite happy the way I hit the ball,” said McDowell.

“I hit a few squiffy ones, but there’s room for improvement. Get back out there tomorrow and there are lots of birdie opportunities on this course.