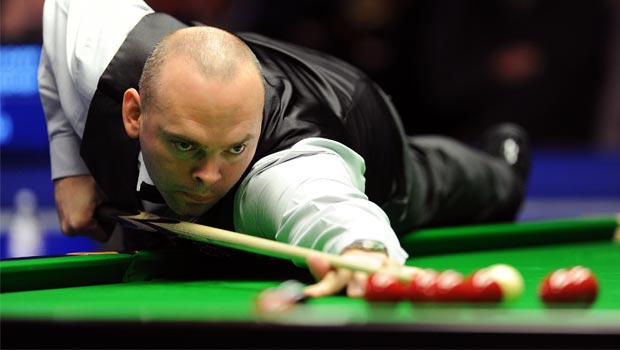 Stuart Bingham has set up a UK Championship semi-final match with Neil Robertson after knocking out reigning world champion Ronnie O’Sullivan in the quarters.

Bingham was leading 3-1 at the mid-session interval and had to survive a fightback from O’Sullivan, who pulled it back to 4-3, before seeing out the match 6-4.

O’Sullivan had nothing but praise for Bingham and wished him well for the rest of the Championship.

“I want to congratulate Stuart,” he said. “He played a fantastic match and he’s had another brilliant tournament.

“He’s an in-form player, a seasoned player now, so you just have to congratulate him on a fantastic performance and I just wish him the best of luck for the rest of the tournament.

“It just shows the character of the guy, he’s able to do it under pressure now so all credit to him, and good luck to him.”

Bingham will now meet Robertson, who beat Stephen Maguire 6-2, and the world number 10 says he is full of confidence going into the match.

“You’ve got to beat everyone in front of you,” Bingham revealed.

“I’ve got not a bad record against Neil and I’ll be pretty confident. It’s my first UK semi-final and, I’m going to jinx myself here but I’ve got a good semi-final record.”