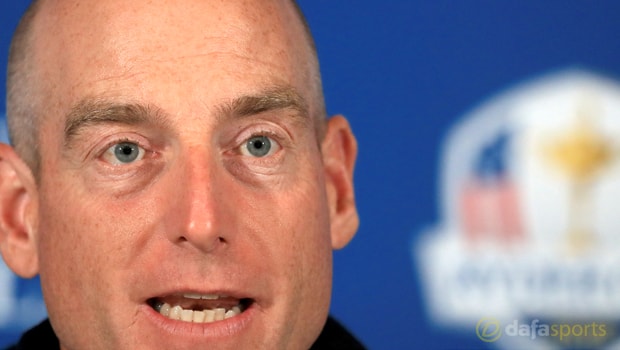 United States captain Jim Furyk says his team must win the Ryder Cup on European soil in order to “validate” the perceived strength of golf in America.

The US has not tasted victory in the biennial event away from home since 1993, with Team Europe dominating the event in recent times.

Since America won at the Belfry in ’93, Europe has won eight of the 11 Ryder Cups played, including three triumphs on American soil.

After a crushing defeat at Gleneagles in Scotland in 2014, the United States established a task force aimed at arresting their poor run of results and re-energising the selection process and the dynamics of their team.

Last year at Hazeltine, the USA stormed to a 17-11 victory and they will fancy their chances at Le Golf Nacional in Paris next year.

Furyk could have Open champion Jordan Spieth, US PGA winner Justin Thomas, US Open victor Brooks Koepka, world number one Dustin Johnson and Ryder Cup specialist Patrick Reed on his team while there is a plethora of talented players on the PGA Tour bursting to break into the American team.

Furyk attended a gathering in Paris this week to mark a year to go before the event, where he was joined by European captain Thomas Bjorn, and he says America must now win on European soil.

“I think as a team from the United States we still have something to prove,” he said. “We still have a chip on our shoulder.

Right now we do hold the cup, we won it at Hazeltine, but it’s been a long time since we’ve been able to do that here in Europe.

“I think in order to validate what we have been working on we are going to have to win on both sides of the pond.”