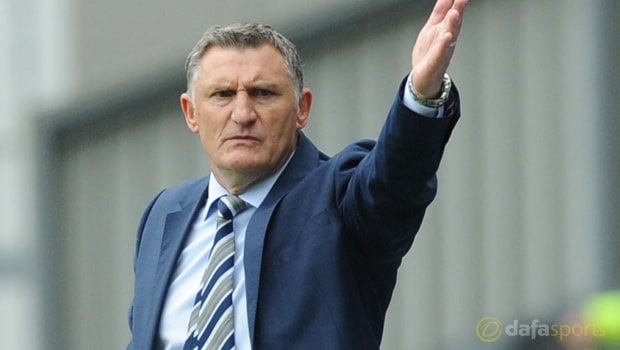 Rovers bossed the match before falling behind to Graham Carey’s spectacular strike just past the half-hour mark.

There was a sense of relief when Bradley Dack lashed home an equaliser in first-half injury time and it just seemed a matter of time before the home side established a lead after the interval.

A combination of poor finishing and heroic defending meant the game ended in stalemate, a result that left Rovers in 10th spot in League One, two points outside of the play-off places although they have games in hand on all of the teams above them.

Mowbray admits that his side dropped two points against Plymouth.

“It was a game that we probably deserved to take three points from, but didn’t,” he said.

“I can’t stand here and overly criticise the players, other than for a lack of nous in terms of putting the ball in the net in the final third.

“We had enough chances tonight to win a few games, but it wasn’t to be. Credit to Plymouth, it was a long trip for them, but [we’re feeling] huge disappointment.

“We kept going right until the end, but it just wasn’t to be tonight.”

With 12 games played, Rovers are roughly a quarter of the way through a hectic season and Mowbray doesn’t want to dwell on the negatives for now.

“What I will say is that if we continue with the same intensity we showed tonight, we’ll win a lot of matches, we’ll be fine,” he added.

“There’s a long way to go and the players are saying that as well. There are a lot of games and we have to play on the front foot as we did tonight.”