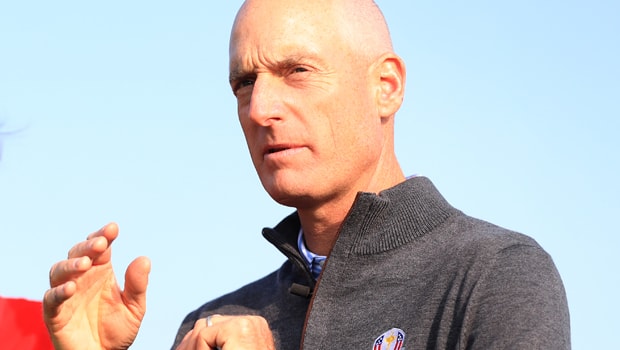 United States captain Jim Furyk admits that Tiger Woods’ form has been very impressive as the countdown to the Ryder Cup clash with Europe in France intensifies.

Furyk was speaking after the eight automatic picks for the US team were confirmed following the completion of the US PGA Championship at Bellerive, with in-form Woods now relying on a wildcard selection to make the team.

Brooks Koepka won the PGA Championship to go with his US Open crown in June and is joined on the American team by Masters champion Patrick Reed as well as world number one Dustin Johnson, Justin Thomas, Bubba Watson, Jordan Spieth, Rickie Fowler and Webb Simpson.

That leaves Furyk with four captain’s picks to complete his line-up for the biennial showdown with Europe, to be held at Le Golf National in Paris next month.

The clamour to see 14-time Major champion Woods included is likely to reach fever pitch before Furyk names his wildcards and he admits that the veteran is very much in the mix now.

Furyk says he has yet to make any firm decisions, with Woods definitely involved as a vice-captain even if he misses out on a playing role.

“What is important is how well Tiger has played – sixth place at the Open Championship and second place at the PGA. It’s great to see him playing well,” Furyk told reporters.

“We want the players who are going to help us be successful.

Fellow veteran Phil Mickelson along with the likes of Bryson DeChambeau, Xander Schauffele, Matt Kuchar, Kevin Kisner and Tony Finau are all vying for Furyk’s vote.

The USA are favourites at 1.95 win the Ryder Cup, with Europe 2.05 to convert home advantage.