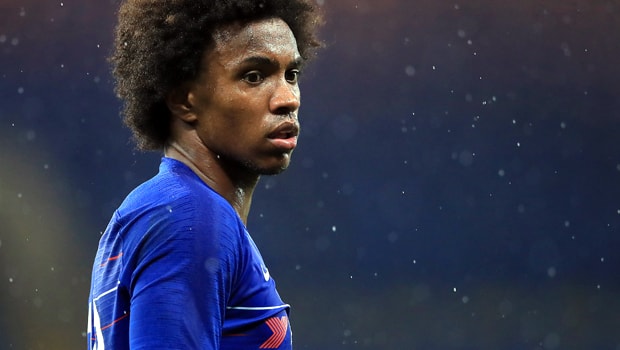 Willian has previously suggested he would have left Chelsea if Antonio Conte had remained in charge of the club this season.

He was heavily linked with Barcelona this summer, but the creative midfielder is now loving life at the Blues again.

“Is it fun to play this way? I think so. We have a lot of players with quality up front, like Eden Hazard and Pedro. Players like that want to play football,” Willian said.

“That’s why he (Sarri) talked about ‘fun’ football. This is what we will try to do this season. Is this like Brazil’s Samba style? Yes. This is what we do in Brazil and are trying to do here, playing with skill and movement.”

Chelsea started the new Premier League season with a convincing 3-0 win over Huddersfield on Saturday.

Next up is a London derby at home to Arsenal. Both sides have new managers this term, with ex-Napoli boss Sarri replacing fellow Italian Conte at Stamford Bridge and Unai Emery succeeding Arsene Wenger as the Gunners chief.

Arsenal were beaten 2-0 on home soil by Manchester City on Sunday, but Willian expects a tough examination when they come to west London.

“The manager tells us to play, to enjoy ourselves on the pitch, with responsibility. Now we have a different style, that’s why we can create problems for Arsenal,” he added.

“Of course, it will be a special game against Arsenal because it is a derby. It is always difficult against them.”