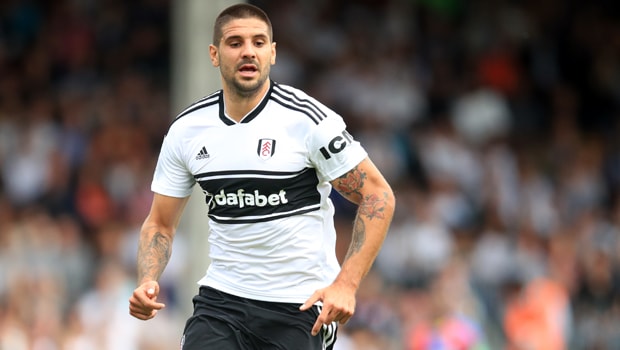 Aleksandar Mitrovic says there were enough positives for Fulham in Saturday’s home defeat against Crystal Palace to believe they’ll do well in the Premier League this season.

The Cottagers were Championship Playoff winners in May to return to the top table, but their opening game brought a 0-2 reverse in a London derby against Palace.

Fulham had more shots on goal and played well for spells against former manager Roy Hodgson’s outfit, but it was the Eagles that took their chances.

Ex-Newcastle forward Mitrovic felt the performance was something to take positives from, if not the result itself.

“We made two mistakes and they punished us and won the game,” he said.

“We had chances but their ‘keeper was amazing, he saved everything. I think we had a good day but they had more Premier League experience, they knew what they wanted to do, and they punished us.

“Of course we are not happy but I still think we had a good day and we will try to learn from this game and I think if we keep playing like this we won’t have a problem this season.”

Next up for Fulham is a tricky trip to Wembley on Saturday to face Tottenham. The Cottagers are 11.00 to stun Mauricio Pochettino’s team, with Spurs 1.29 to win and the draw 5.50.

Mitrovic had his chances to score against Crystal Palace but he was foiled by Wayne Hennessey. However, the striker isn’t downbeat and expects to get sharper.

“I had some half chances, one good chance, so if I was a bit luckier I could have had a hat-trick, but I would have been happy if I’d scored one,” he added.

“I didn’t score but, to be honest, the last 20 minutes I didn’t have that much power because I didn’t go through all of pre-season.”