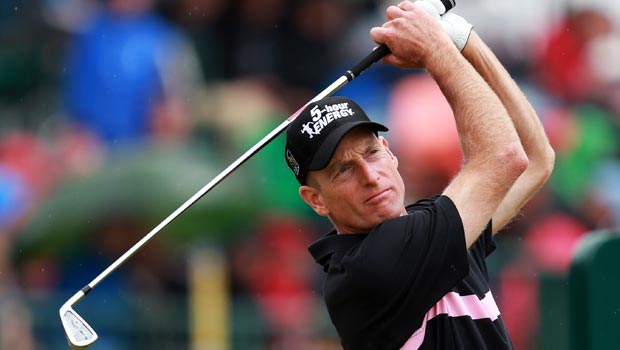 Jim Furyk says he will do everything he can to ensure his past failures don’t distract him when he tees it up for his final round at the Canadian Open.

Starting Saturday level at the top of the leaderboard alongside Tim Petrovic, Furyk fired an impressive 65 at Royal Montreal to move to 15-under, three strokes clear of the field.

South African Tim Clark is his nearest challenger while Kyle Stanley’s 68 leaves him five off the lead going into the final round.

It looks like it’s Furyk’s tournament to lose, though, and a player of his experience will expect to win, especially having won the event in both 2006 and 2007, albeit at different venues. This is reflected in the betting with him currently 1.38 to win against the field who are 3.08.

However, the 42-year-old has developed a nasty habit of blowing big chances with a string of final-round collapses in recent years, leading to suggestions the 2003 US Open winner has lost his famously steely edge.

Furyk’s last win came at the 2010 Tour Championship and victory on Sunday will see him make history, as he will become the first man to win the Canadian Open three times.

The American admits he has been frustrated by his inability to finish the deal in recent years but he’s determined not to let it distract him.

“I’ll try not to really focus on where I stand,” he told PGATour.com. “I just need to worry about my own game and take from the last three days how well I’ve played and basically try to do the same things tomorrow.”