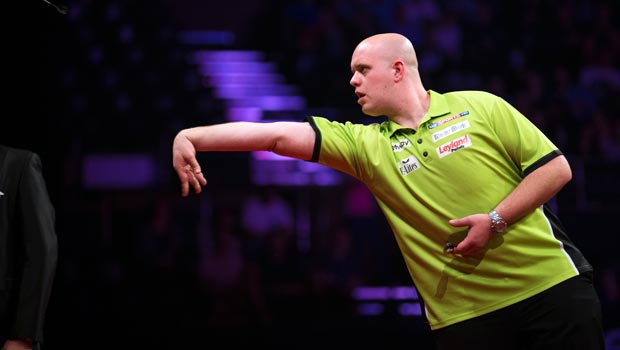 Michael van Gerwen says he will relish the opportunity of adding the World Matchplay crown to his CV when he faces Phil Taylor in Sunday’s final.

Despite not being at his best, the Dutchman, who is priced at 2.00 to win, battled past Simon Whitlock in the semi-finals and will now meet the Power who edged Gary Anderson in a thriller on Saturday.

Taylor has been the dominant force at Blackpool’s Winter Gardens since the event’s inception in 1994, winning the title 14 times, including in each of the last six years.

After crashing out early in the World Championships, the veteran who has been installed as the 1.84 favourite to win, also seems to have rediscovered his bite, and his ability to string legs together means he is always extremely dangerous in Matchplay.

Van Gerwen is seen by many as the man to take over his opponent’s crown as the dominant force in darts having won this year’s world title, as well as reaching the final of the Premier League.

MVG admits he is delighted to have made it to the final in Blackpool and is determined to learn from the mistakes he made in his semi with Whitlock.

“It’s the first time in my life I’ve reached the final of it (the World Matchplay) and it’s such a fantastic tournament,” he told Sky Sports. “But I needed to put in very hard work. Simon made it very difficult but I thought I had more in the tank, but I couldn’t find my rhythm.

“But I did very well at the end when I needed to.”