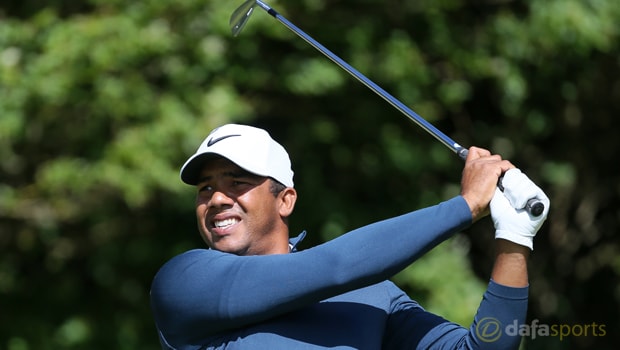 Jhonattan Vegas admits Sunday’s win at the Canadian Open has given him the belief he can win a maiden major title at the upcoming US PGA Championship.

A birdie at the first play-off hole allowed the Venezuelan to taste success at Glen Abbey for the second time in as many years after finishing the regulation 72 holes alongside Charley Hoffman on 21-under.

His victory all but confirms his place on the International team for September’s Presidents Cup at Liberty National in New Jersey, but before that comes the final major of the year at Quail Hollow.

A win for Vegas in Charlotte would see him become the first of his countrymen to win a major and he admits he is feeling quietly confident about his chances of lifting the Wanamaker trophy.

He said: “Obviously I’ve never put myself on a major stage to win but I feel like my game is good enough.”

Sunday’s victory was especially satisfying for Vegas as his family were present to cheer him on in Ontario.

The 32-year-old admits the presence of his loved ones in Canada made his latest triumph the most satisfying of his three PGA Tour victories.

He added: “I would say it has to be the sweetest victory out of the three.

Just having my family here, even my mom and dad… they were with me my first time I won. But having my wife and daughter, and especially my daughter, being with my daughter for the first win.

“It’s just really fun, watching them really enjoy it in person and seeing how nervous they are when I’m on the course playing.

Every time you get a chance to share these moments with your family, it’s just really grateful.”

Despite his mixed form and this latest speculation, the Northern Irishman remains the 7.50 joint-favourite to win the US PGA alongside Open champion Jordan Spieth.