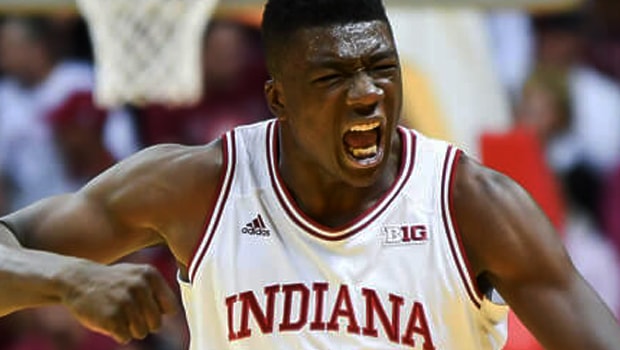 The centre has been playing for the team’s Las Vegas summer league side and has impressed enough to earn himself a full-time place on the roster.

Bryant arrives in LA following a short but successful college career with the Indiana Hoosiers, averaging 12.6 points and 6.6 rebounds per game, and was originally drafted by the Utah Jazz before being traded to the Lakers.

The 19-year-old has both Big Ten and All-American honours on his CV while he was also part of the United States team that won the 2013 FIBA Americas Under-16 Championship in Uruguay.

It has been a busy off-season for the Lakers, with Lonzo Ball, Kyle Kuzma and Josh Hart all being drafted to the Staples Center and their new additions will be desperate to help the team improve on last season after they failed to make the play-offs.

Coach Luke Walton has been given another chance to turn things around and his team are 126.00 to win a first Championship since 2010 and 67.00 to top the Western Conference.

Bryant will be keen to follow in the footsteps of his namesake Kobe, who was a five-time NBA champion with the Lakers as well as being named MVP in 2008.

Although team policy dictates the terms of the teenager’s contract have not been released, it is believed it is guaranteed for the upcoming campaign and includes an option for an extension into 2018-19.