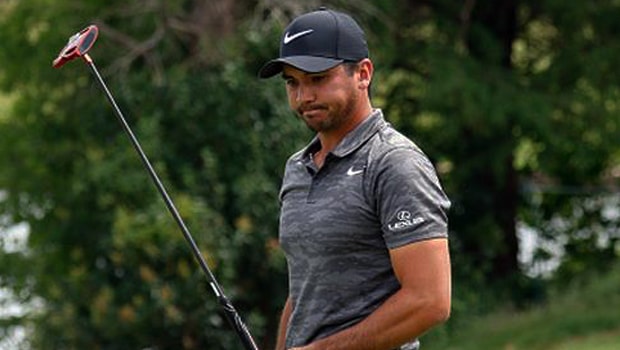 Jason Day believes there are plenty of positives to take from his week at the AT&T Byron Nelson, despite losing out in a play-off.

2017 has been a tough year for the Australian, with his mother’s diagnosis with lung cancer understandably affecting his results but he looked back on track in Dallas.

However, he could not get the job done as after a final round battle with Billy Horschel, he went down to the American in a play-off due to a missed short putt.

Despite that disappointment, the Australian was philosophical about his finish after his mixed recent run of results.

His next goal is likely to be the upcoming US Open, which gets underway on June 15 at Erin Hills, a tournament he is 13.00 to win, with defending champion Dustin Johnson the 7.00 favourite.

Before Sunday, Day had only recorded one top 10 all season and showed signs at TPC Four Seasons that he is starting to find his feet again heading into the summer.

The 29-year-old was happy to take the positives from his week at the Byron Nelson and believes he is now heading in the right direction again.

“I only had one top-10 up until this point,” Day said. “To be able to play the way I did today, I played some good, solid golf.

“Obviously, it’s a little disappointing – but it’s not the first tournament I’m going to lose.

I’ve lost plenty of other ones beforehand and I’ll lose plenty more in the future.

“I’ve got to try to get better from this experience and I feel good about my game. Everything is coming along nicely.”