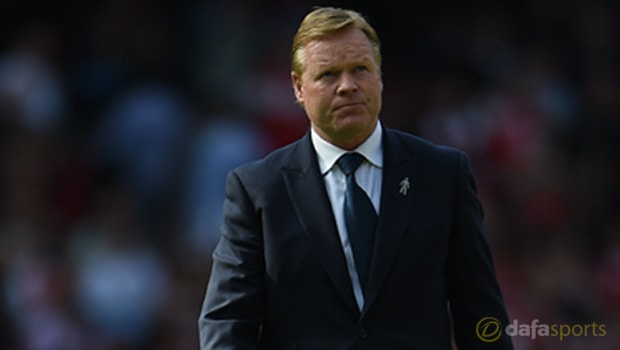 Everton boss Ronald Koeman says Arsenal showed his side where they need to improve next season in Sunday’s 3-1 final day defeat at the Emirates.

The Gunners went ahead early on through Hector Bellerin but were reduced to 10 men after quarter of an hour when Laurent Koscielny was sent off.

However, they continued to control the game and doubled their lead on 27 minutes thanks to Alexis Sanchez.

Romelu Lukaku did make it 2-1 just before the hour but there was a noticeable lack a penetration from the Toffees, a problem that has plagued them for large swathes of the campaign.

Aaron Ramsey completed the scoring late on but despite the Gunners’ victory, they still had to settle for fifth in the table while Everton finished seventh, eight points behind Manchester United directly above them.

Koeman is again likely to splash the cash in his second summer at Goodison and has revealed he has the full backing of the board to make any changes he feels necessary.

The Dutchman has made some shrewd moves already in the market and seems to know what he is looking for.

Speaking after Sunday’s game, the coach admitted his team were taught a lesson in keeping possession by Arsene Wenger’s men, something he concedes they will need to learn how to do if they are to take the next step.

Koeman said: “It wasn’t good enough. We saw today what we need for the next season. We need more productivity out of possession.

“I know everything, that’s not for you. The board will back me. We want more quality in. That’s what they will support.”