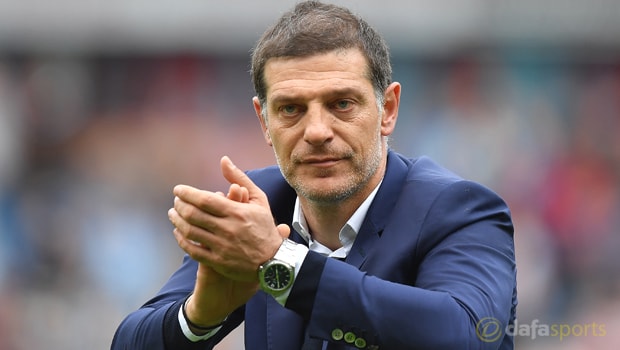 West Ham United manager Slaven Bilic says the absolute minimum for his side is to finish in the top half of the Premier League next season whilst one eye is also on getting closer to the top six.

Bilic signed a three-year contract with West Ham back in the summer of 2015 and he enjoyed a fantastic debut campaign, guiding the club to seventh place in the league and to the FA Cup quarter-finals.

The Hammers made the move to the London Stadium at the end of the previous campaign and much was expected after the positive performances at the Boleyn Ground.

However, it has been a year of struggle for the East London club and there were real fears of relegation until a good patch of form ensured their top-flight status for another year.

Another busy summer transfer period is expected at West Ham with several arrivals and departures predicted following the disappointing business conducted this term.

Bilic has now revealed the goals for the next campaign and finishing in a Europa League position is something the former Croatia boss believes is possible.

“The ambitions are – the minimum [is] to finish in the top 10, but with the hope or plan to break into the top eight, top seven or top six,” said the coach, according to the Evening Standard.

“It’s going to be very hard, you saw last year that it is possible but you have to tick all of the boxes, you have to have a good transfer window, stay out of injuries and we settle down in the stadium.”

Winning the title seems far out of reach, with the Hammers priced at 501.00, but a top-10 finish is certainly on the cards with the players expected to have settled into their new surroundings by then.