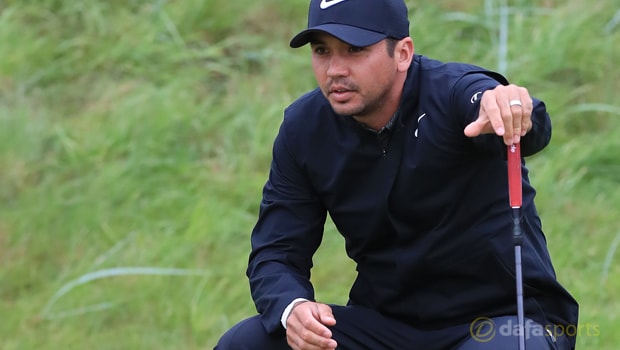 Jason Day says Tiger Woods is looking back to his best ahead of the Arnold Palmer Invitational.

Woods and Day both tee off together at Bay Hill on the opening day of the tournament, with the 14 time major winner getting back to form in recent weeks.

He finished joint second at the Valspar Championship last week on nine under, just one stroke behind Englishman Paul Casey who took the title.

The pick of Woods’ shots was a devilish putt on the penultimate hole to get to within one shot of the lead, and Day says it is moment like those that show the danger Woods still possesses to the rest of the field.

“Seeing the putt go in on 17, that’s Tiger-esque stuff. I mean back in the day when you’re watching, you’re like, ‘Oh my gosh,’ he pulled that off sort of thing,” Day said.

“I said after the practice round at Torrey Pines that he’s going to win this year. I don’t know when it was, but he almost did it at Valspar, which is pretty amazing.”

Woods has been plagued with a back injury in recent years and spends a fair amount of time on the treatment table, and Day sympathises with him over his injury woes.

“A lot of athletes understand this, that when you’re injured it feels like your world is ending. You feel like sometimes you get to a point where you’re like, ‘Oh, I’ve got nothing else to give,'” Day said.

“I’ve been injured a couple times and I felt like my career’s over and I got really depressed.

“I remember texting him a couple months ago saying, ‘How’s it going?’ And he’s like, ‘Yeah, I’m starting to feel no pain. Now he’s the favourite (to win this week’s Arnold Palmer Invitational).”

Woods is 7.00 to win Arnold Palmer Invitational outright, Day is 13.00, while Justin Rose and Rory McIlroy are both priced at 15.00