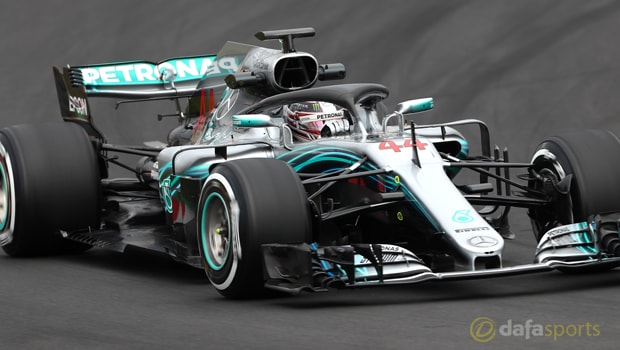 Lewis Hamilton says winning the Formula One drivers’ title for a fifth time is the “ultimate goal”.

In winter pre-season testing it was the performance of Vettel’s Ferrari that stood out, with a new unofficial lap record at the Circuit de Catalunya in Barcelona being the pick of the stories during testing.

However, while paying a visit to the Mercedes headquarters in Brackley, Hamilton was in a buoyant mood ahead of the 2018 season, as he looks to equal the great Juan Manuel Fangio for five world titles.

Hamilton is 1.70 to win the Drivers’ Championship and Vettel can be backed at 4.70.

“It is hands down the best team because we all work together, and that’s really inspiring for me,” he told the team personnel gathered for the send-off.

“I will give it everything this season, title number five is the ultimate goal.”

The season gets underway in just over a week as the Fomrula One entourage travels to Albert Park in Melbourne, Australia for the traditional curtain raiser, and Hamilton says he still maintains the same level of desire to win.

“Nothing’s going to be different,” he told Sky Sports.

“We’re going to be going hard at it as we did last year.

“I cannot tell you what’s going to happen in terms of how strong the fight’s going to be, all I can tell you is I’m ready for whatever he has to throw at me.

“I’m going to hopefully be doing it with a smile on my face, working with this great team. I’m excited.

“I’m stronger now than I was last year so that’s a good feeling.”