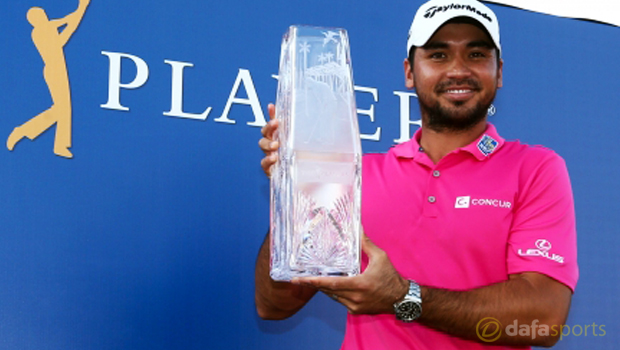 Jason Day says he is revelling in the spotlight of being world number one after his victory in the Players Championship at Sawgrass.

The Australian led every step of the way at Sawgrass, coming home with four shots to spare over the field having posted a one-under par final round of 71.

Dropped shots at the sixth and ninth holes appeared to have Day showing some signs of nerves on Sunday but he bounced back with birdies at 10 and 12 to reclaim his cushion.

One more birdie at the par-five 16th was enough to allow Day coast home four shots clear of Kevin Chappell in second spot.

The win put Day into some elite company. He joined Tiger Woods (twice), Tom Watson and Johnny Miller in posting wire-to-wire tournament wins twice in the same year after he also led following all four rounds at the Arnold Palmer Invitational in March.

Sawgrass success also meant Day became only the fifth man to have won the Players, a major and a World Gold Championship after Woods, Phil Mickelson, Martin Kaymer and Adam Scott.

Fellow Aussie Scott described Day’s win as ‘Tiger-esque’ afterwards and the current world number one was happy with the comparisons to his boyhood idol.

“It’s been an amazing journey for me to idolise him (Woods) as a junior growing up and now I’m good mates with him and get to pick his brain about what he did when he was dominating,” Day said. “It’s great to be (mentioned) in the same sentence as Tiger.”

Day revealed being top of the world rankings brings added stress but that is something he is happy to embrace.

“I’ve never been more motivated to be number one in the world. All the hard work I’ve put in is paying off.

“It’s very stressful being the number one. You’re in the limelight a lot but I wouldn’t change it in any way because this is where I want to be. Nothing beats this feeling,” he added.