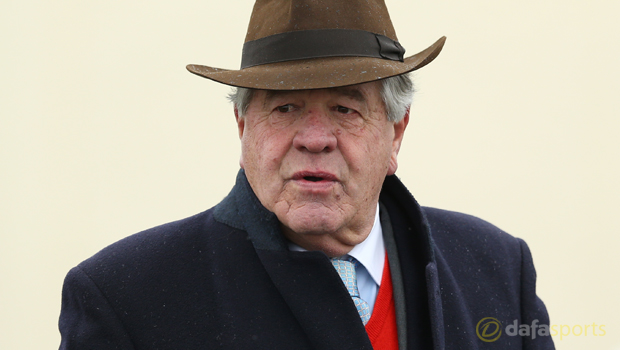 Sir Michael Stoute’s hopes of a sixth career win in the Epsom Derby could be bolstered by Ulysses, according to connections.

The Galileo colt shed his maiden tag in spectacular fashion at Newbury on Friday, coasting home eight-lengths clear of the field under Ryan Moore.

His form also took a boost on Saturday when Imperial Aviator, who had beaten Ulysses by half-a-length at Leicester last month, scored decisively in the London Gold Cup at Newbury.

While keen not to overstate the case for Ulysses on the back of a maiden victory, Alan Cooper, racing manager for owners Flaxman Stables, admits that next month’s Epsom Classic will be given due consideration.

“We will regroup with Sir Michael, Ryan (Moore) and the racing team and see what Sir Michael thinks we should do next,” said Cooper.

“He’s in the Derby, but he’s just won his maiden. We are going to give his programme good thought and when we know, all will become clear.”

Stoute achieved the most recent of his Derby victories with Workforce in 2011.

His hopes of victory this year had been dented at York last week when Midterm failed to live up to expectation in the Dante.

Epsom’s plans for Midterm are now up in the air but it seems Stoute could have more than one iron in Derby fire after Ulysses’ stylish Newbury success.

Cooper highlighted the positives and feels that breeding suggests Ulysses is likely to relish the Epsom test.

“Sir Michael has trained multiple Derby winners. He has just broken his maiden most impressively.

“He is by a Derby winner out of an Oaks winner (Light Shift) so we have to think it all over. The way he won the other day was exciting,” he added.