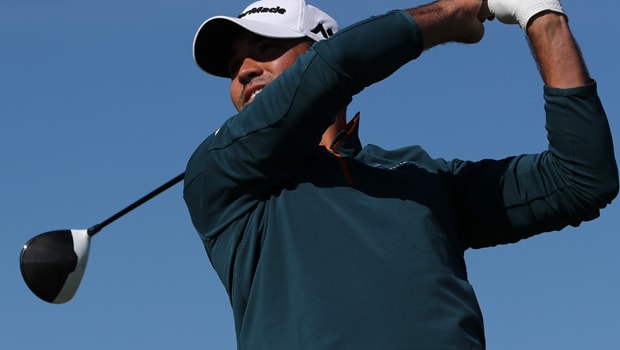 Jason Day is eager to forget about the problems at the US Open and look ahead to trying to win the Travelers Championship at TPC River Highlands.

Day shot rounds of 79 and 73 at Shinnecock Hills and failed to make the cut for the weekend, something which Jordan Spieth did 12 months ago, before responding by triumphing at the Travelers Championship.

And Australian Day is looking to use that example as inspiration for what he hopes will be a week to put his US Open struggles firmly behind him.

He told reporters: “I’m obviously coming off of a disappointing week. Obviously missing a cut definitely is disappointing.

“But to be able to come back and be able to do what Jordan did last year would be nice.”

Day claimed his one and only Major title to date at the USPGA Championship in 2015, while he has finished as runner-up or in a tie for second place at each of the other three Majors.

Meanwhile, the Travelers Championship has served up a host of close finishes in recent times, with 2009 winner Kenny Perry (three shots) the last player to claim victory by more than one shot.

Last year Spieth needed a play-off to edge out fellow American Daniel Berger, with victory for Spieth the third in a play-off in the last five years in Connecticut.

Day is priced at 17.00 to win the Travelers Championship, with US Open champion Brooks Koepka available at 13.00.