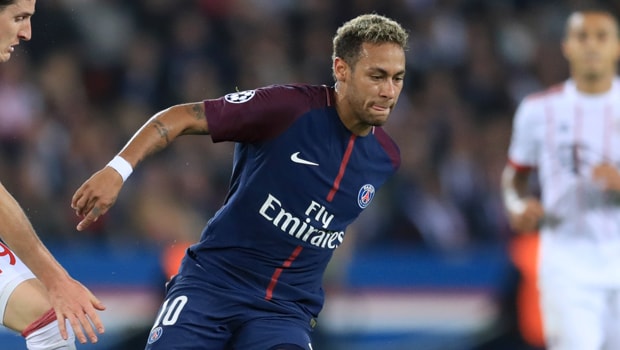 Brazil have an injury concern over superstar forward Neymar after he limped out of a light training session on Tuesday.

The 26-year-old was reported to be struggling with pain in his right ankle, which the Selecao medical team attributed to the player having been fouled numerous times in the 1-1 draw with Switzerland.

However, the major concern is that Neymar had only recently returned to action after a foot problem saw him miss several months of the season with Paris Saint-Germain, with the former Barcelona ace just able to feature at the World Cup in Russia.

Brazilian Football Federation spokesman Vinicius Rodrigues confirmed: “Neymar left the training session with some pain in his right ankle because of the number of fouls he suffered in the game against Switzerland.

“This was only a recovery session for the starters and he complained about pain, so he ended up going to rehabilitation.”

Having drawn their opening Group E game, the Selecao will be looking to get a win on the board when they take on Costa Rica in Saint Petersburg on Friday.

Brazil have ground to make up after Serbia edged out Los Ticos 1-0 last Sunday, with the Eagles taking on Switzerland a few hours after Brazil have been in action on Friday.

Brazil are priced at 1.22 to defeat Costa Rica on Friday and are 1.53 to finish the group stage with seven points.

The Selecao last failed to make it past the group stage of a World Cup way back in 1966, when they finished third in their pool behind Portugal and Hungary.

That failure was all the more surprising given that the South Americans were the two-time defending champions and would also win the World Cup again in 1970.