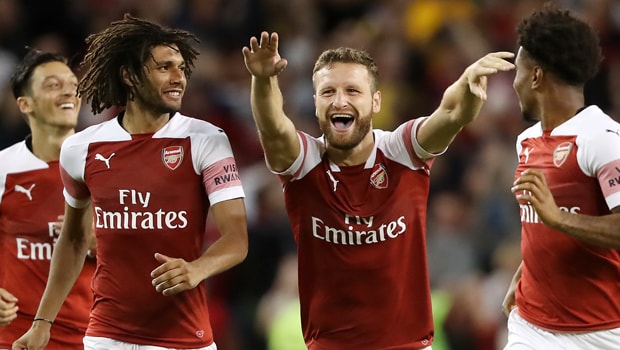 Former striker Kanu says Arsenal will have to produce a “miracle” to win the Premier League in Unai Emery’s first season in charge.

The Spaniard has taken over after Arsene Wenger departed having spent 22 years in North London.

The former Paris St-Germain boss claims success in 2018-19 would constitute “battling for every title” but Kanu is less sure.

Kanu helped Arsenal to two league titles during five years at the club and was part of the undefeated ‘Invincibles’ side of 2003-04.

That remains Arsenal’s most recent title success and Kanu feels winning the league at the first attempt will be asking a lot.

“If it happens and they win the league, it’s a miracle,” said the Nigerian.

“It takes time for the newcomers, the new signings, to adapt. We have to allow time for him to bring his own style and the way he wants to play.

“For the new manager, it’s going to be a very big challenge; the fans want them to perform in the league in his first year, which is always difficult for a new coach.”

Emery has brought in Uruguay international Lucas Torreira for £26m, along with goalkeeper Bernd Leno from Bayer Leverkusen and defenders Stephan Lichtsteiner from Juventus and Sokratis Papastathopoulos from Borussia Dortmund.

Teenage midfielder Matteo Guendouzi was also signed from Lorient. Kanu has been impressed with the recruitment and he suggests he’d love to see an old Arsenal trait reborn under Emery.

“They have to know how to win games, even if it’s 1-0. All they need is the three points.”

Arsenal are 3.20 to beat champions Man City in their league opener at the Emirates, while the Gunners are 23.00 to win the league this season.