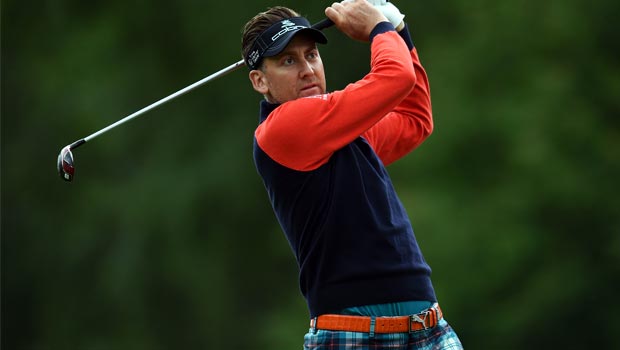 Ian Poulter is determined to land his maiden major title at this week’s US Open and he is looking to follow the example set by his friend Justin Rose to help him do it.

The 38-year-old Englishman will go into the tournament at Pinehurst hoping the back problem which hampered him in the BMW PGA Championship at Wentworth last month does not return to wreck his bid for glory.

Poulter, who has won two World Golf Championship events during his career, could only manage a 21st-place finish in the US Open 12 months ago while Ryder Cup team-mate Rose was picking up his first major crown at Merion.

Poulter does not expect Rose to discuss the secrets of his success ahead of his bid to retain the title, but he is looking to use the example of playing to his maximum over the four days to give him the best possible chance.

On Rose, Poulter said: “He is a competitor, you have to keep some stuff (to yourself), you can’t let it all out.

“As much as he’s a great mate of mine, you want to hold some stuff back. He knows what he did was rather special and I think I know what to do to be able to get there.

“It’s a case of doing it on those four days and as we know, it’s pretty difficult. I don’t think people rationalise it properly sometimes, realise how few majors you actually play and how many great players there are. It’s pretty tough.”

He added: “You have to be on your game, US Open set-ups are tough. I like tough golf. I would expect myself to be able to hang in there and be tough and if I’m fit, fresh, ready, no niggles, then I am all good.”

Poulter is 51.00 to break his major duck at the US Open while Rose can be backed at 26.00 to retain his crown.