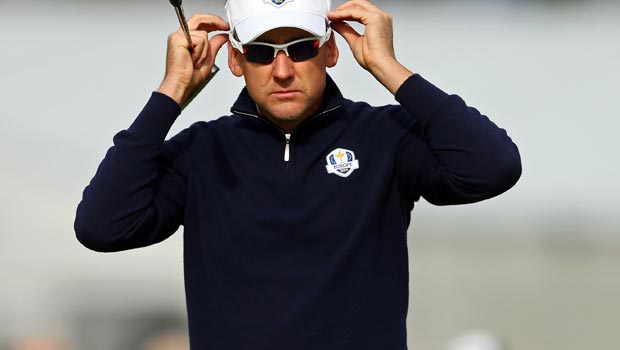 Ian Poulter says he is “very excited for what’s coming in 2015” as the Englishman aims to put a year of injury woe well and truly behind him.

The 38-year-old has endured a tough season on both the PGA and European Tour, with three separate knee problems severely hindering his performances.

With Poulter having now recovered from the injuries, the form of the English ace has subsequently improved, with a second-place finish in the Turkish Open followed up by a joint-21st position in the DP World Tour Championships.

Before that the 12-time European Tour winner was also played a part in the Ryder Cup as America were defeated for a third consecutive time.

It was the fourth time that Poulter had won the prestigious team event in five appearances and it acted as a type of catalyst for the rest of the season.

The 2010 WGC-Accenture Match Play Champion says he is now looking forward to a new year and putting the injury troubles behind him.

“Battling with three injuries was difficult to take as I have never had that many,” he said. “To get those in succession, spread out over the season, hindered my performance, but at The Open I managed to start the rehab process properly and the last month has been quite exciting.”

Poulter has also provided his thoughts on the next European Ryder Cup captain and once again the support is being shown for Irishman Darren Clarke.

“When you look at the next one in Hazeltine in America, it’s very much looking like Darren Clarke will be running as a strong favourite,” he added.

“He has got a great relationship with the players and he would be a very worthy captain.”