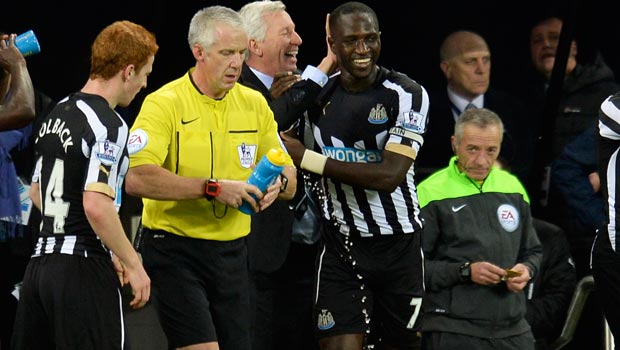 Newcastle United midfielder Moussa Sissoko says “maybe, this is the best football of my career” as the France international continues to impress for the Magpies this season.

The 25-year-old has been arguably the best player for the Toon Army in this campaign and the former Toulouse star added strength to these claims by netting in the recent 1-0 win against Queens Park Rangers.

The midfielder showed great composure to break the deadlock on Saturday and in-turn helped Newcastle to their fifth straight win in the Premier League and their sixth in all competitions.

It has been a meteoric rise for the Magpies who were in the relegation zone at the start of October but, the recent run has seen the club rise to fifth.

It is far too early to be talking about European football with the season just 12 games old however, the form on the pitch has started to turn a lot of heads.

Sissoko, who admits he is playing close to his best, is looking to keep everyone’s feet on the ground though as the Magpies look to extend their unbeaten run away at West Ham on Saturday.

The midfielder told the Northern Echo: “Maybe this is the best football of my career, it’s true at the moment – I’m playing well and happy. I will try to continue like this. If we can finish in the top eight, it will be good for me and the team.

“It’s too early to say whether we can finish fifth or sixth or seventh. We just try to get a lot of points. In the second part of the season, we will see where we can finish.”