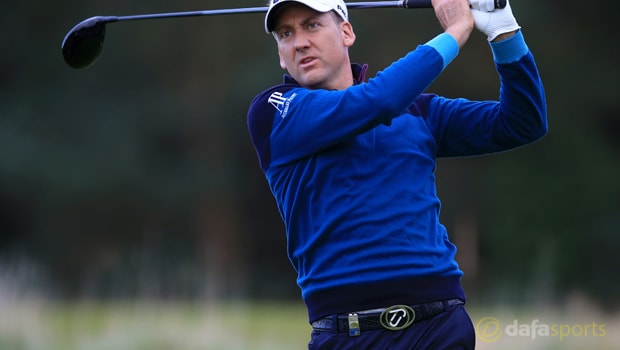 England’s Ian Poulter described his third-round 71 on Saturday as “incredible” as he moved to within three shots of the lead at The Players Championship.

Poulter, who nearly lost his PGA tour card last month, managed to go bogey-free at TPC Sawgrass and he was the only man in the field to keep a blemish off his card.

His superb round moved him onto six-under par after he did well to battle the difficult conditions, while others struggled under pressure.

The 41-year-old, who is 19.00 to win the event, was only able to make one birdie but he grinned out 16 consecutive pars to keep himself in contention.

Si Woo Kim is a shot in front of Poulter, who currently shares fifth with Emiliano Grillo.

A strong display on Sunday could secure his PGA Tour privileges for next season and the Hitchin-born star was delighted with his performance.

He told Sky Sports: “As I got out on the range it was blowing 25 miles an hour and I thought, wow, this is going to be a proper test of golf.

So, to go bogey-free out there today was incredible. As you said, the only bogey-free round of the day, so obviously I’ve kept mistakes off the card.

“It’s good golf, I’m playing solid and I’m happy to be here because a few weeks ago I wasn’t, so let’s hope I can take advantage of that.”