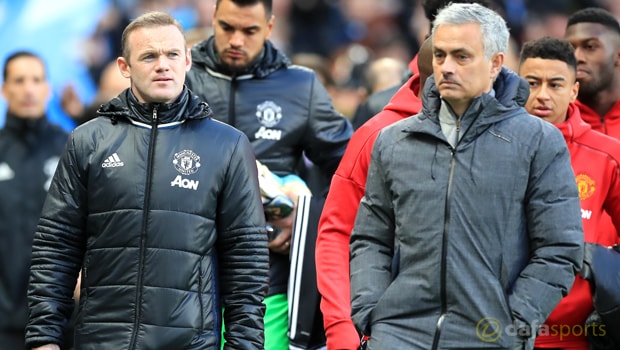 Wayne Rooney insists his belief in Manchester United boss Jose Mourinho has not wavered despite some of the criticism attracted this season.

The Red Devils’ hopes of a top-four finish in the Premier League are slim after Sunday’s defeat against Arsenal, but they still hope to secure Champions League football for next season by winning the Europa League.

Mourinho has described their semi-final second leg against Celta Vigo at Old Trafford as “the most important match of our history”, as they try to build on a one-goal win in Spain last week.

For Rooney, adding the Europa League trophy to the Community Shield and the EFL Cup successes already achieved would signal a fine first season for the Portuguese in Manchester.

“I said in October, November that this club will be successful under Jose Mourinho having seen the way he works,” said Rooney.

“If we can win the Europa League that will be three trophies in his first season.

“We’re not far off challenging for the Premier League and I hope next season in the Champions League.

But I feel the club will be successful under Jose.” Rooney’s own future at Old Trafford remains a subject of intense speculation.

The 31-year-old committed himself to the club in February although his lack of starting chances this season has led to speculation he may move in the summer, with clubs in China and America, as well as boyhood side Everton, apparently keeping tabs on him.

Rooney’s preference is to remain at United and have an influence.

“Would I like to stay? I’ve been at this club 13 years. Of course I want to play football. Of course (I want to do it here),” he added.