Henrikh Mkhitaryan: ‘I am still adjusting to England’ 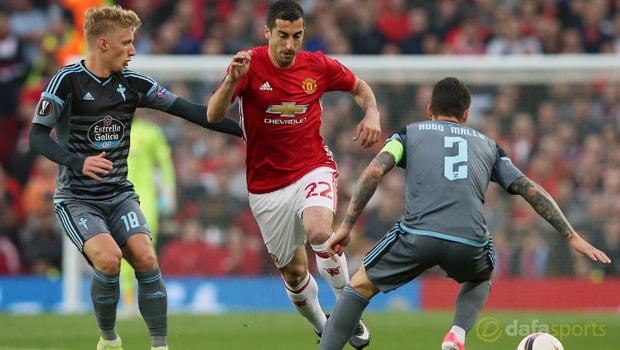 Manchester United playmaker Henrikh Mkhitaryan says he is still adjusting to life in the Premier League despite his recent impressive form.

The Armenia international was one of the marquee signings of the summer when he left Borussia Dortmund for £26.3million but he initially struggled to force his way into coach Jose Mourinho’s first-team.

A number of injuries kept him out of the United squad but he took his chance in the Europa League and he has since made 22 appearances in the Premier League.

While he has only scored four goals in the league, Mkhitaryan has scored five goals in 10 games in the Europa League but he is determined to improve his game further.

His form has helped United climb into sixth in the Premier League table but the 28-year-old is adamant he has room for improvement.

“What have I learned? I think the pace, the quickness and the strength because, being here, you have to adapt to the English Premier League and to the football,” Mkhitaryan told Inside United.

“That is what I am doing now. “I am really different on the football pitch. I try to be like a beast or a monster! I fight for every ball and try to do my best.

“Outside of the pitch, I am more quiet and more humble, and I don’t like to be very aggressive or anything like that.”

He will be hoping to end the season on a high by helping the club into the top four but their best chance of Champions League football appears to be through the Europa League.

The Red Devils qualified for the final on Thursday and they are priced at 1.91 to win, with the draw 3.50, while Ajax are available at odds of 4.20.