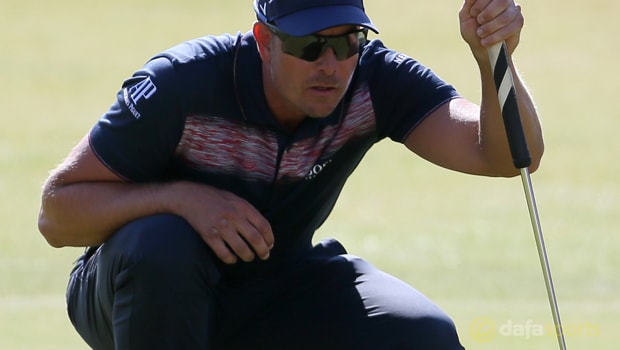 Henrik Stenson will take a one-shot advantage into the final round of the Arnold Palmer Invitational, although a number of world-class players are within striking distance of the lead.

Swedish ace Stenson began the day level at the top of the leaderboard alongside Bryson DeChambeau, but a sporadic round of 71 that included four birdies and three bogeys saw him move a stroke clear of the field on 12-under-par.

American DeChambeau remains in contention, as he is just a stroke behind Stenson, although two bogeys on his back nine scuppered his chances of holding at least a share heading into Sunday’s final round.

A whole host of world-class players are also in the hunt at Bay Hill, including four-time major winner Rory McIlroy, who sits in third place on 10-under following a round of 67 that included two birdies from his final three holes.

Englishman Justin Rose also carded a third-round score of 67 to move onto nine-under alongside American Ryan Moore, while one-time leader Rickie Fowler is a further stroke back, although a double-bogey at his final hole of the day has severely dented his chances of claiming overall glory.

In a congested field, eight-time champion Tiger Woods cannot be ruled out from claiming a ninth title on Sunday, as he is just five shots off the lead following a round of 69.

The 14-time major winner is still on the comeback trail following a long-standing back issue, but after claiming a tied second-place finish at last week’s Valspar Championship, he could now be set to seal a first PGA Tour title in nearly five years.

However, it is Stenson who appears to hold all the cards heading into Sunday’s final round and he is priced at 2.60 to claim what would be his seventh success on the PGA Tour.