Antonio Conte: Trophies not key to my future 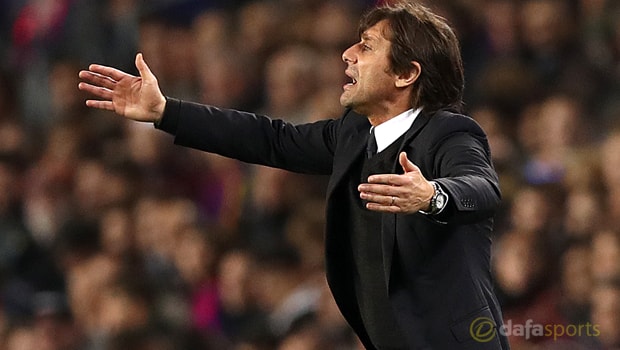 Antonio Conte insists winning the FA Cup is not key to whether he remains as Chelsea manager beyond the end of the season.

The Italian enjoyed a fantastic first season at Stamford Bridge, guiding the Blues to the Premier League title, while they also reached the FA Cup final.

However, things have not gone so smoothly for Conte or Chelsea this term, as they are currently 25 points behind runaway league leaders Manchester City and are in real danger of missing out on a top-four finish.

The West Londoners were also eliminated from the Champions League by Barcelona during the week, while they lost to Arsenal at the semi-final stage of the Carabao Cup.

That means Chelsea’s only realistic chance of winning any silverware this season is in the FA Cup, as they will face Leicester in the quarter-finals of that competition on Sunday, but Conte insists his future does not depend on winning the Cup.

“It’s not an issue of winning a trophy or not,” Conte told reporters, as reported by The Telegraph.

“I think the work of a coach must be judged not on victories, but on the improvement of the squad and the current value of the squad.

Conte has been heavily linked with a return to Italy throughout the campaign, but he seems content with helping Chelsea improve over both the short and long term.

He added: “I think this is a team that can grow in terms of quality and experience. We can do better in every aspect. I am not seeking victories, I continue my work aware that I am doing good work.”

Chelsea will head to the King Power Stadium to take on Leicester having won just one of their last five games in all competitions, but they are priced at 1.57 to qualify for the last four at the expense of the Foxes, who are available at 2.30.