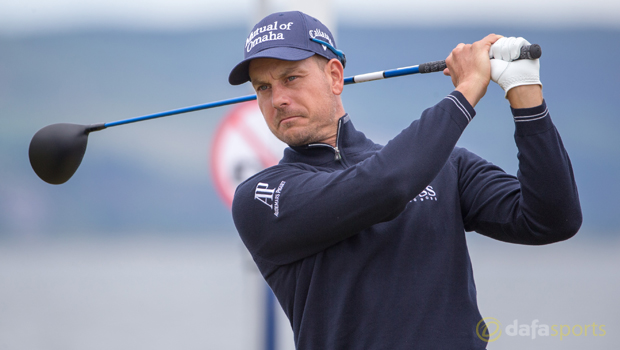 Henrik Stenson believes playing in this week’s Scottish Open will set him up nicely for the upcoming Open Championship.

The Swede has won some of the biggest events in the game, including the WGC Match Play back in 2007, while he also claimed the FedEx Cup and the Race to Dubai in 2013.

However, he is still to break his duck in the majors but, with three previous top-three finishes at The Open, he is likely to view the Claret Jug as his best chance of success in the game’s biggest tournaments.

Stenson is currently in good form, having recently won in Germany, and a few good days at Castle Stuart would set him up nicely for Royal Troon.

The 40-year-old finished third at the Inverness course back in 2013, a result that helped propel him to second the following week at Muirfield.

This week sees him make his first visit to the Scottish Open since that year and his decision to skip a rare chance to gain practice on a links course has undoubtedly hindered him at The Open over the last two seasons.

The world number six says he is confident his decision to play at Castle Stuart will help him when it comes to teeing it up at Royal Troon next Thursday.

“I didn’t play in the next two years and I didn’t do well at the Open Championship so I think for myself it’s definitely better to be competitive the week before a major when possible,” Stenson said.

“And also in terms of links golf, it always takes a few rounds, a few days to get used to the difference in playing links compared to target golf like we play most other weeks.”

Stenson is currently 29.00 to win the Open Championship, with world number one Jason Day the favourite at 8.00.