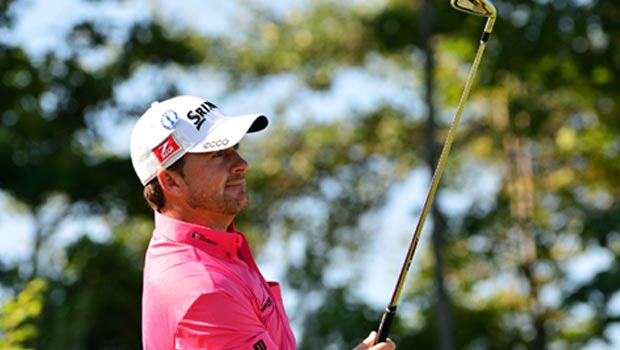 Graeme McDowell is looking to use the defence of his Alstom Open de France title on Sunday to help him perform well at the upcoming Open Championship and secure a European Ryder Cup spot.

The Northern Irishman endured a disappointing back-nine on Saturday which left him trailing overnight leader Kevin Stadler by eight shots going into the final round at Le Golf National.

However, McDowell excelled in murky conditions to post an impressive final round 67 – the joint lowest of the day – to finish on five-under for the tournament.

It left him waiting on Stadler’s round to finish and the American, who bounced back from a nightmare 41 on the front nine to move back within a shot of McDowell, missed from two feet for par on the 18th to force a sudden death play-off.

McDowell appeared a little embarrassed at the way he successfully defended a tournament for the first time in his career, but he is hoping it will give him a huge confidence boost looking ahead to the remainder of the year.

He said: “I was ready to go for the play-off, but I’ll take it and run. I really needed this victory. It’s a special one for me. It’s pretty timely. There’s a busy summer ahead and this a really good kick-start to the summer.”

The former US Open champion also hailed his decision to take on a lighter schedule to keep him energised for the second half of the year which appears to be paying dividends.

He added: “My body has probably never been in as good a shape at this point in the season coming into two major championships, the FedEx Cup play-offs and hopefully the Ryder Cup.

“I’m very proud to defend my first title ever and this is the boost I needed on many fronts, especially the Ryder Cup (the win takes him 10th on the European points list).”

Next up is the Open Championship at Hoylake from July 17-20 and McDowell claims it is a venue which is “my type of set-up” given that he held the outright lead after the first round when it was last held on Merseyside in 2006.

He said: “You really have to find fairways off the tee and there are big flat greens where you can hole some putts. This is a nice confidence booster and I will be back at Hoylake next Sunday ready to go.”

Should McDowell force his way into the Ryder Cup squad, his European side are 1.77 to retain the trophy in September, while the USA are 2.05.