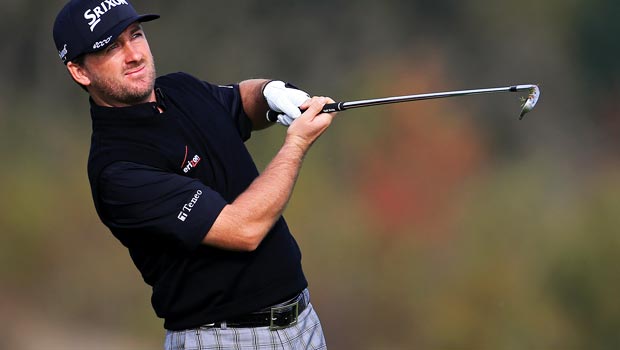 Defending champion Graeme McDowell got off to a winning start as he beat Alexander Levy 3&2 in the Volvo World Matchplay Championship at the London Golf Club near Maidstone.

The Northern Irishman was in fine form at the London club and he overcame Levy, who won the Portugal Masters title last week.

McDowell, 5.00 to win the tournament, continued his form from the Ryder Cup as he charged into the lead, with Levy four down after ten holes.

The Frenchman did manage to pull a shot back at the 13th but McDowell responded well and won the match after halving the 16th.

McDowell’s win gave him two points and he will take on Mikko IIonen on Thursday after the Finn lost to Joost Luiten in his first match.

Speaking after the win, McDowell admitted he was delighted to beat a player in such good form coming into the tournament.

He said: “There are no easy matches and you can’t take anyone lightly, especially a guy who won last week, so I’m very happy to get the victory. I was hot on the greens and he was cold and that was the difference.

“It’s important to control your own destiny in the group stages, you don’t want to be relying on other people and if I can win tomorrow I will be in a great position.”

Elsewhere in the tournament, George Coetzee rescued a half against top seed Henrik Stenson. Both players produced the goods during the first day of play, with neither dropping a shot throughout the round.

Stephen Gallacher’s downturn in form continued as he was beaten by Shane Lowry 3&2.