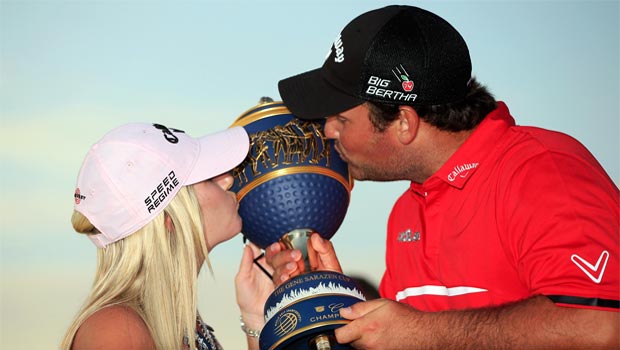 American Patrick Reed survived a close final round to clinch a one-shot victory in the WGC-Cadillac Championship in Miami on Sunday.

At 23 years of age, and now the youngest-ever winner of a WGC event, Reed began the day holding a two-shot lead, but had to stay focused as both Bubba Watson and Jamie Donaldson mounted serious threats.

Reed did enough enough to gain his third PGA Tour title since last summer without being spectacular, shooting a final round of even-par 72 to finish at four-under 284, one ahead of Watson and Donaldson.

Welshman Donaldson had the chance to snatch victory from Reed’s grasp, but after reducing a four-shot deficit to just one by the 18th, he bogeyed, and Reed only had to match that at least to hold on, which he did.

“I won a lot in junior career, did great things in amateur career, was 6-0 in match play at NCAA’s, won NCAA’s two years in a row … and now I have three wins out here on the PGA Tour.

“I don’t see a lot of guys who have done that other than Tiger Woods and the legends of the game. I am one of the top five players in the world. I feel I have proven myself.”

The previous youngest-ever PGA winner Woods meanwhile, had posted a third-round score of 66 on Saturday to start the final day just three shots behind, but in the end a six-over par 78 saw him drop out of contention to finish tied for 25th.

Worryingly, with the Masters just a month away, the world number failed to make a single birdie in his final round and it is to be hoped that his health improves in time for Augusta.