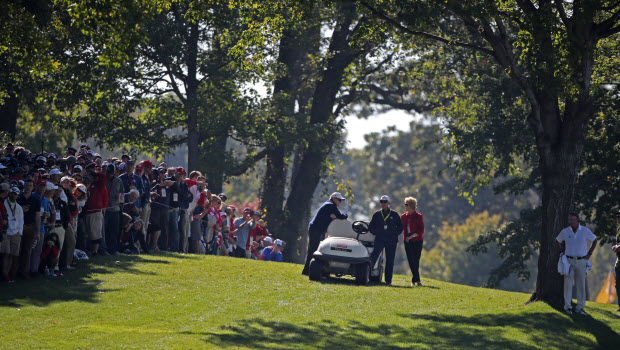 Jack Nicklaus insists Rory McIlroy must demonstrate he has the desire to add to his tally of four major wins.

According to Nicklaus, a veteran of 18 major triumphs, McIlroy has the tools to dominate golf going forward but the American suggests attitude will play a vital role.

McIlroy, 27, has four majors on his CV already but the most recent of those came in the 2014 USPGA Championship.

This year saw McIlroy largely toiling at the majors, with missed cuts at both the US Open and USPGA Championships. His best finish was tied-fifth in the Open at Royal Troon – 16 shots adrift of Henrik Stenson’s winning tally.

“He has to work hard, focus on what he is trying to do. He has all the tools, it is just whether he has the desire and willingness to give up some of the other things,” Nicklaus told the BBC.

“Whether he wants to be the greatest player to have played the game, that’s his determination and it’s his decision whether he wants to make that effort to try and do that.” McIlroy currently sits second in the world rankings behind Australia’s Jason Day.

Much of the focus will be on his quest to finally win the Masters at Augusta in April. Nicklaus is a six-time Green Jacket winner and he does not doubt that McIlroy will eventually find his way into the Butler Cabin.

“I think he will win the Masters,” added Nicklaus. “He certainly has the type of game that would do well at Augusta and he has done well before – he just hasn’t finished it.