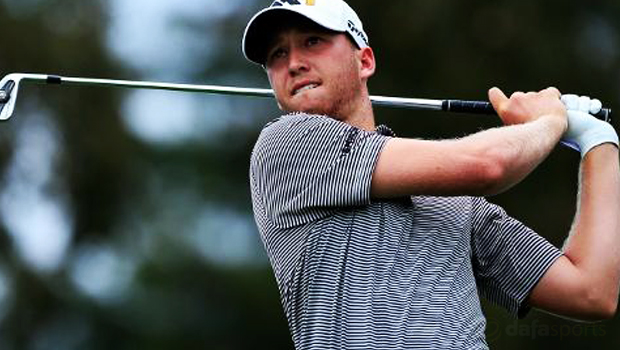 Daniel Berger insists he has gained valuable experience from the 2015 campaign and the American is confident of picking up a first win in time for the Masters in April.

The 22-year-old enjoyed a terrific time on the PGA Tour this term and the impressive performances ended up with the Florida-born being named Rookie of the Year.

He is yet to clinch that maiden win on the American circuit but a runners-up finish in the Honda Classic back in February was the platform for a successful season.

The 2013 Palmer Cup winner lost to three-time major champion Padraig Harrington in that event but it provided the boost needed to kick-on for the rest of the year.

Another second place was recorded in the BMW Championship when finishing behind former world number one Jason Day, while also achieving another three top-10’s over the course of the season.

Berger, who has climbed to world number 53, became the first rookie to play in every FedEx Cup event and he believes he is in a better place now.

The highly-rated American is now hoping to make a strong start to the 2016 season after a third placed finish at the Franklin Templton Shootout last weekend.

“Mentally, I’m better,” he said. “I’ve got a better understanding of the game, I’m better at traveling, better at eating, physically stronger. In every aspect, I’m stronger, for sure.”

Northern Irishman Rory McIlroy and defending champion Jordan Spieth are the 7.50 joint-favourite to win the green jacket while Day is a 9.00 shot.

Two-time winner Bubba Watson is a 17.00 chance having already clinched a title at the start of this campaign while Dustin Johnson, yet to break his major duck, is priced at 19.00 to end his long wait.