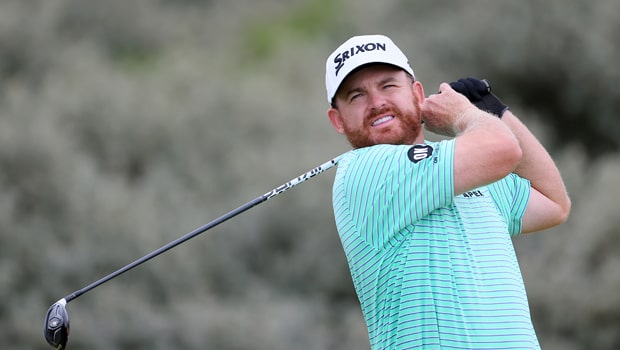 He shot a one-under par final round, mixing three birdies with two dropped shots, while making crucial par-save putts at the 13th and 17th holes.

The field faced into a mammoth final day on Sunday, with many completing round three before teeing off soon after for the final 18 holes.

Thomas had appeared to take control of the tournament with a third-round 65 that put him four strokes clear, but that lead was wiped out just five holes into the final round, as Holmes gained a stroke on four consecutive holes with a birdie and three bogeys from his play partner.

Thomas steadied his ship but a treacherous double-bogey, bogey run on the 13th and 14th holes left him flailing.

He cut the deficit to one stroke when he birdied the par-three 17th, but both he and Holmes would par the final hole, ensuring the latter emerged with a one-shot win on 14-under par.

“It was great being able to go out and play with [Justin] and battle it out,” Holmes said.

“He’s such a great player, so it was fun being out there, talking and just battling it out.” For Thomas, there was a sense of an opportunity gone, despite enjoying the final round with his long-time friend.

“J.B. won, he played great,” Thomas said. “But it’s always a bummer to hand him a tournament. I feel like I should’ve won that thing.

“Obviously wish I was on the other part of that,” Thomas added, wondering if it’s “ever happened before on the PGA TOUR, two Kentuckians finishing first and second.”