Alexis Sanchez admits form for United is a ‘worry’ 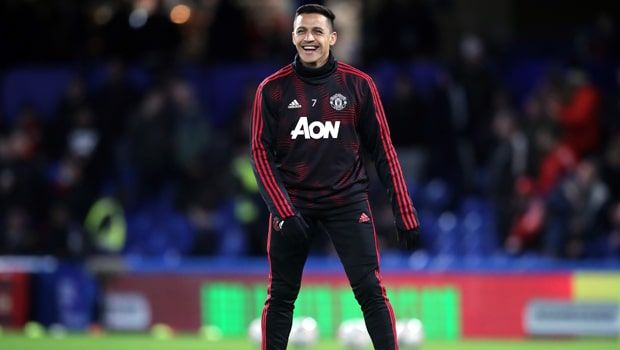 Alexis Sanchez had revealed he ‘worries’ about the form he has displayed since arriving at Manchester United over a year ago.

Sanchez swapped Arsenal for Old Trafford in January 2018 but he has, so far, failed to truly ignite as a United player.

The Chilean admits it has been frustrating to be in and out of the team and relying on bit-part cameo appearances, though he concedes that isn’t an excuse for poor performances. The 30-year-old has managed just five goals in 37 appearances so far for his new club.

“I’m a player that, if I’m not in contact with the ball, I lose that spark, and sometimes I want to play in every game. You’re in, you’re out, and I’m used to playing,” Sanchez told BBC Sport.

“It’s not an excuse because if I go on for 10, 20 minutes, I have to perform because that’s what I’m here for, to make a difference.”

With Anthony Martial and Jesse Lingard sidelined for the FA Cup trip to Chelsea on Monday evening, the Norwegian has stated it should give the likes of Sanchez and Romelu Lukaku a chance to impress.

Sanchez wants to do better in a United shirt and he freely admits he doesn’t require a pep-talk from his manager to know that.

“He [Solskjaer] hasn’t spoken to me a great deal about what I have to do on the pitch, but I think I’m an experienced player and I think I know what I need to do and what I shouldn’t do,” said the former Barcelona attacker.

“I would like to have brought more joy to the club. Yes, it worries me because I believe in my abilities as a player, I want to show it.”

Manchester United are 3.40 to win against Chelsea in the FA Cup, with Sanchez priced at 8.00 to net the opening goal.