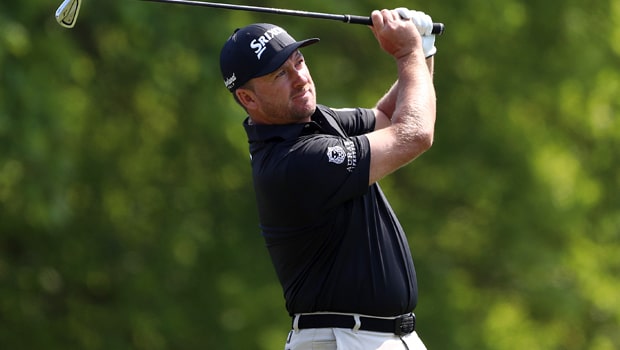 Graeme McDowell admits he has one eye on qualifying for the Open Championship after an excellent opening to his Arnold Palmer Invitational challenge.

The Northern Irishman carded a four-under-par 68 at Bay Hill on Thursday to sit in third spot – three strokes behind leader Rafa Cabrera Bello, while US star Keegan Bradley splits the duo on -5.

It has been a tough few years for ‘G-Mac’ as 31 missed cuts since the start of 2016 have seen the former US Open champion slip to 259th in the world rankings.

The 39-year-old has only managed two top-10 finishes in the past couple of seasons while his last victory came in the 2015 OHL Classic at Mayakoba.

It has been a dramatic fall from grace for the former Ryder Cup star and, with the Open set to be staged in his home town, there is extra motivation to get back up the rankings and ndown a berth in the year’s final major.

“Of course the big goal this year is to be at Portrush and to play The Open Championship in my hometown, six weeks after Pebble and the US Open,” he said.

“It’s going to be a special summer if I can get myself there.”

Bay Hill is part of this year’s Open Qualifying Series, with three players not exempt among the top 10 booking their spot in County Antrim. McDowell would love to sort out that part of his summer this week and feels he is playing well enough to do so.

“The game’s there right now, I’ve just got to get out of my own way and have a little fun with it and not have things like that rattle around in my head too much,” he added.