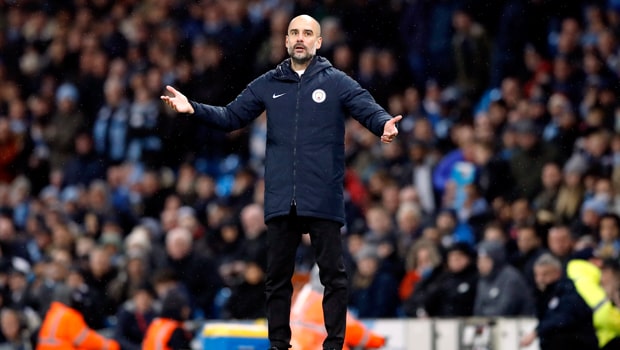 Liverpool opened up a seven-point gap over City on Boxing Day after the Reds comfortably dispatched Newcastle at Anfield as City went down to defeat at Leicester.

City took the lead at the King Power Stadium through Bernardo Silva but goals from Mark Albrighton and Ricardo Pereira ensured a costly defeat for Guardiola’s side following their home loss to Crystal Palace last weekend.

City have dropped to third in the Premier League table as a consequence of the defeat, with Tottenham overtaking them. Ahead of a trip to Southampton on Sunday, Guardiola admitted that confidence was an issue in the camp.

“Now there will be doubts but we have to change the dynamic. I have to think about what the team needs and then try to win again.

“In football you are able to win a lot of games and lose a lot of games. We have to think about Southampton next and recover mentally.”

City are 1.33 to win at St Mary’s, with Southampton 9.00 and the draw 5.25. The game against the Saints is followed by a key game in the title race, with Liverpool visiting the Etihad Stadium on January 3.

Guardiola added: “We have made an incredible amount of points at this stage and if we can get the same, or more, in the second half of the season then we are fighting to win the championship. But, at the moment, the reality is that two more teams are better than us.”