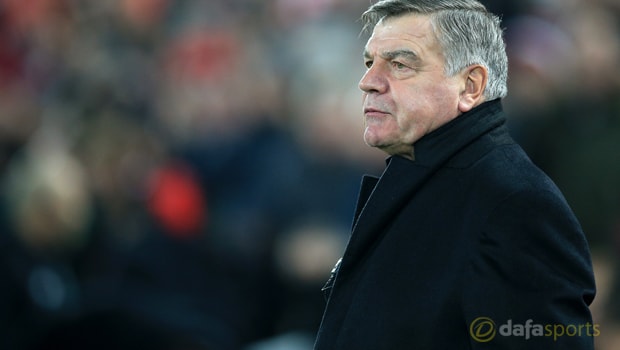 Everton manager Sam Allardyce has confirmed he is looking to bolster his attacking options by signing Theo Walcott from Arsenal this month.

The Toffees have already splashed out close to £30m on securing striker Cenk Tosun, who could make his debut against Tottenham on Saturday, but Allardyce is also keen on England winger Walcott.

The 28-year-old has struggled to make inroads into Arsene Wenger’s first-team this season and, with the World Cup in Russia looming, Walcott may need to move if he is going to force his way into Gareth Southgate’s England squad.

Everton have made their interest known but Allardyce concedes the negotiations are never easy.

“I think you are all aware of our interest in Theo,” Allardyce told a press conference.

“If that is possible to get over the line, I would be delighted but obviously there is negotiations that are happening at the moment.

“If that can all be sorted out, which is one of the most difficult things to do, then that would be a great addition in my opinion to come and join us from an attacking point of view.”

Allardyce doesn’t believe a short-term deal will be possible to bring Walcott to Goodison Park, with Everton keen on a permanent move if anything does materialise.

The former England manager admits that the January window is a time of uncertainty.

“In this window you don’t get too optimistic because so many things can happen in a short space of time,” Allardyce admitted.

“You will never think a player is coming until somebody tells you he has actually signed on the dotted line.”