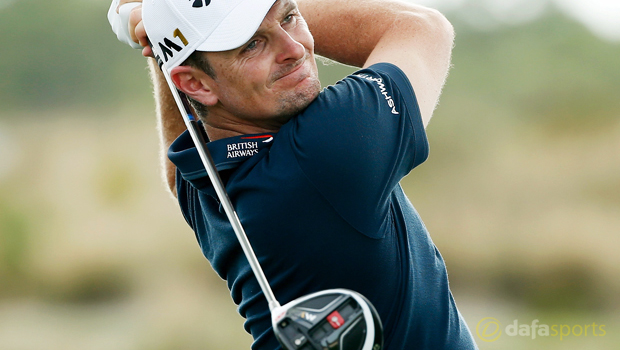 Justin Rose has warned his rivals at the top of the world rankings that his best golf is still ahead of him as he returns to action at this week’s Farmers Insurance Open in California.

The 35-year-old Englishman, who currently sits in seventh position in the rankings, has not played since firing a course-record 62 in the final round of the Hero World Challenge in December.

However, Rose will be looking to challenge for honours at Torrey Pines from Thursday with one eye on the younger stars, such as Jordan Spieth, Jason Day, Rory McIlroy and Rickie Fowler, who are dominating the game at this moment in time.

The 2013 US Open champion pointed to Fowler in particular, who moved into the top-four in the world rankings thanks to his victory in Abu Dhabi last week, as the player who is providing him with the impetus to pick up some more titles in 2016.

He said: “There’s definitely been that really evident shift the last few months, especially with Rickie stepping up and winning tournaments and fulfilling all his potential.

“I think it’s really great for golf to see those guys step up. And there’s plenty of guys like Bubba Watson, myself and Henrik Stenson right behind them. We’re obviously doing our best to remind them that it’s not just a young man’s game.

“I still feel, at 35 now, that my best golf is still ahead of me. I’m still in that sort of sweet spot where I’m feeling fit and feeling fresh and feeling young. I’m also feeling experienced, and hopefully can use all those attributes to still play my greatest golf yet.”

Rose is 19.00 to win the Farmers Insurance Open, while defending champion Day, who is looking to shake off a virus in time to play, is 7.00 to retain his crown.