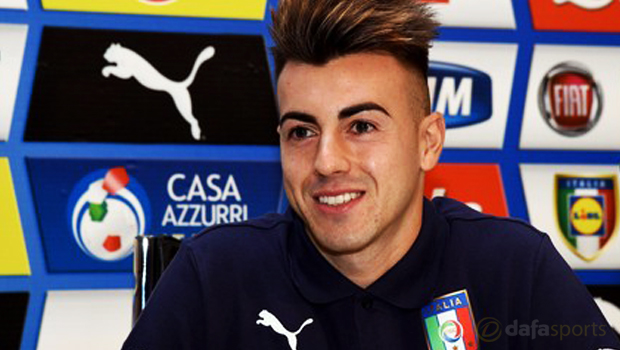 Stephan El Shaarawy has revealed his target of playing for Italy at Euro 2016 following the completion of his loan move to Roma for the rest of this season.

The 23-year-old has struggled for playing time at parent club AC Milan in recent seasons because of injury issues and was subsequently loaned out to French Ligue 1 outfit Monaco in the summer.

However El Shaarawy failed to shine at Stade Louis II as he didn’t manage to find the net in 15 appearances for the club.

He returned to the San Siro earlier this month but the Rossoneri have now agreed to send him out to their Serie A rivals Roma where he becomes Luciano Spalletti’s first signing since his return to the Stadio Olimpico for a second stint as head coach.

El Shaarawy could turn the move into a permanent arrangement if he is successful in the Italian capital, while he is also looking to use his time there to boost his chances of in Antonio Conte’s squad for the Euros, which start in France on June 10.

“It was definitely my aim to make the squad for Euro 2016. You get noticed more in Italy,” he told Roma’s official website.

“To be called up for the national team you need to be playing regularly at club level and to do that you need to work hard, be committed and show desire.

“My aim is to play well for Roma to achieve that.

“Spalletti asked me how I was and if I was happy and keen to join Roma. I made him realise just how determined I am and how much I want to come and play here.

“I’ve had some issues over the last few months but I’m here to show what I can do – to myself, the coach and Italian football as a whole.”

Italy are 17.00 to win Euro 2016, while El Shaarawy is 4.50 to be Roma’s first goalscorer in what will be his debut against Frosinone on Saturday night.