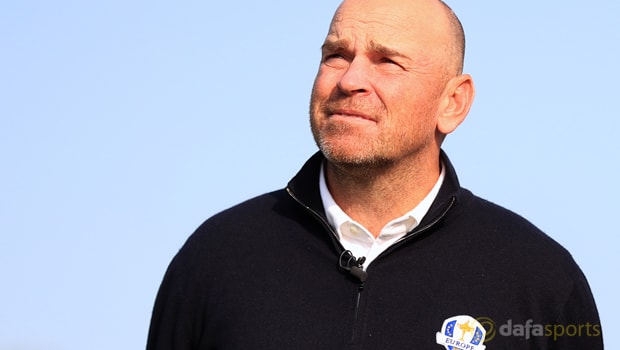 European captain Thomas Bjorn expects a tough battle when his team take on their Asian counterparts in this week’s EurAsia Cup.

Bjorn, who will also captain Europe at the Ryder Cup against USA later this year, is hoping to help his team successfully defend the trophy they won under the guidance of Darren Clarke in Malaysia two years ago.

Europe will certainly head into the tournament with a strong team, as six of the players have previously played in Ryder Cups, while Race to Dubai champion Tommy Fleetwood and hot prospects Tyrrell Hatton and Paul Dunne will also form part of the 12-man party.

Despite the strong nature of his squad, Bjorn is also wary of the threat of an Asian team that boasts the quality of Kiradech Aphibarnrat and Anirban Lahiri within its ranks.

“We’re very well aware that Asia has never fielded a stronger team than they do this time and golf is a strange game,” Bjorn said.

“Whatever it says on paper very rarely comes out on top. So, those 12 players in that room are very aware that they have got to go out and play golf this week. This is not going to come to them easy, and they are up for it.”

Bjorn knows anything can happen in golf, but he is confident his players have the will and experience to get the job done in Malaysia this week.

He added: “They want to win. I feel like when I look at them, that they have seen a lot of things happen and they know, in the game of golf, over 18 holes, anything can happen.”