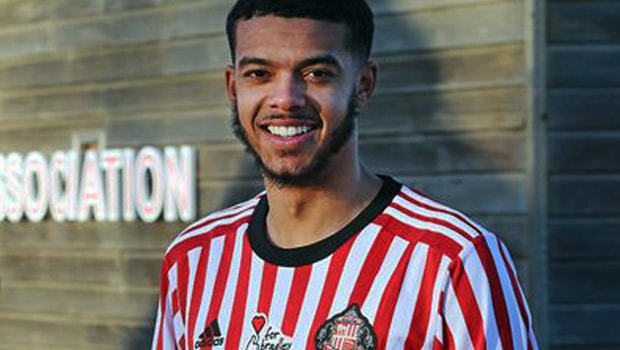 New Sunderland signing Jake Clarke-Salter admits manager Chris Coleman was one of the main reasons he chose to join the club.

The centre-back has moved to the Stadium of Light on a loan deal from Chelsea until the end of the season and he will be looking to hit the ground running with the Black Cats currently sitting bottom of the Championship standings.

The 20-year-old spent time on loan at League One outfit Bristol Rovers last season, while he also helped England win the Under-20 World Cup during the summer, and he admits he is now ready for the next step in his career.

“I feel like I’m now ready for the next step up in my career,” the youngster told Sunderland’s website.

“I had a little bit of a taster [at Bristol Rovers last season] and it was cut short through injury, so hopefully I can play a lot of games until the end of the season and we can do well.”

Clarke-Salter admits the main reason he chose to join Sunderland was because of manager Coleman, as he believes the former Wales boss can be influential in aiding his development.

“As soon as he called me I couldn’t wait to come and my mind was pretty much made up,” he added.

“One of the reasons I’ve come to the club is because the manager is great with young players, so I can’t wait to learn from him.”

Clarke-Salter could make his Sunderland debut when the Black Cats head to Wales to take on Cardiff on Saturday.

The Black Cats are priced at 4.75 to secure all three points from that contest, while Cardiff are available at 1.75 and the draw is on offer at 3.60.