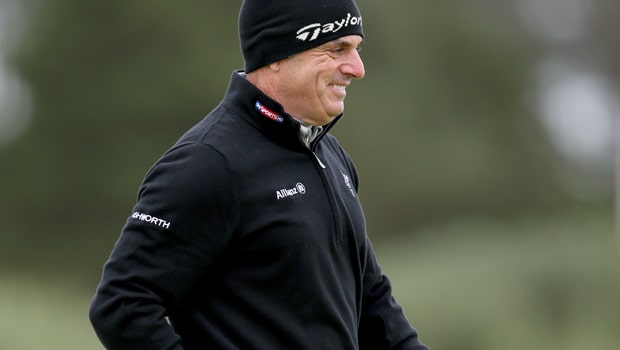 Paul McGinley says Europe must come up with a different strategy when away from home in the Ryder Cup if they are going to triumph at Whistling Straits in 2020.

After being thumped 17-11 by USA at Hazeltine in 2016, Thomas Bjorn’s European side regained the trophy after thrashing Jim Furyk’s side 17.5-10.5 at Le Golf National in France.

Attentions are now turning towards who will captain the holders in 2020 and, after receiving backing from players such as Rory McIlroy and Luke Donald, Padraig Harrington appears to be the favourite to take charge.

Barring the ‘Miracle at Medinah’ back in 2012, Europe have struggled on US soil in recent years and they were thumped at Hazeltine and Valhalla, whilst they narrowly lost at Brookline in 1999.

Bernhard Langer’s masterful captaincy in 2004 at Oakland is the last time Europe dominated in America and McGinley, who was the winning captain at Gleneagles in 2014, believes the next skipper needs to change the thinking of the team away from home.

I mean, the Miracle at Medinah was an absolute miracle. We got beaten badly in Valhalla in 2008,” he was quoted as saying by Irish Golf Desk.

“So the last time we were impressive away from home was Langer’s captaincy at Oakland Hills in 2004.

It would be great to put in a performance like that in two year’s time. That’s the bar for Padraig if Padraig is going to be captain. It’s going to be incredibly difficult. It’s an incredibly high bar.”