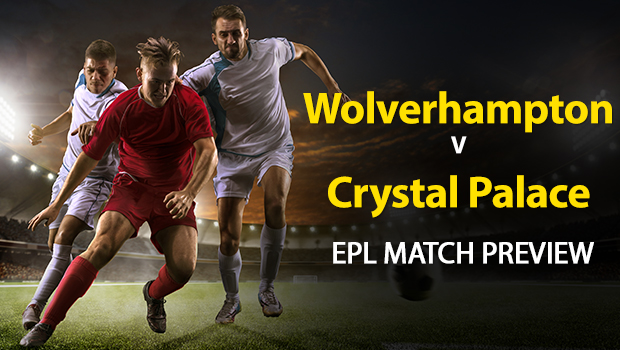 It’s a quick turn around this week for Crystal Palace as they head back to Selhurst Park after the match vs AFC Bournemouth to host Wolverhampton on Saturday.

Betting on the Draw: Odds — at 3.20 — indicate there’s under a 31.3 percent chance the match ends in a draw. There’s a draw in under 28 percent of AccuScore sims, suggesting no added value on the draw.

Help off the Bench: Wolverhampton were the beneficiaries of some strong substitute play their last time out as a pair of subs helped lead them to a 2-0 win over Southampton. Keep an eye on Ivan Cavaleiro who scored just two minutes after entering the game.

Making History: Crystal Palace — at the time of publication — are sitting at 99 Premier League wins in club history. They’ll more than likely become the 22nd side to reach the 100-goal mark this week, either against Bournemouth or Wolverhampton

Dominating the Pitch: Wilfried Zaha has scored 75 percent of Crystal’s goals this season, including a goal in each of the team’s away games.

Head-to-Head: These two sides have never faced off in Premier League action. They last played each other in January of 2013 (League Championship) when Crystal Palace won, 3-1.

For Crystal Palace, we’ll have our eyes on Wilfried Zaha who has a 35-plus percent chance to score. He averages 2.5 shots overall per sim, 1.05 shots on goal per and 0.44 goals per sim.

Odds — at 2.78 — indicate Burnley have a 36 percent chance to win the game. They win close to 45 percent of AccuScore sims, indicating some added side value on the pick. Crystal Palace winning this match is a two-star (out of four) AccuScore hot trend.