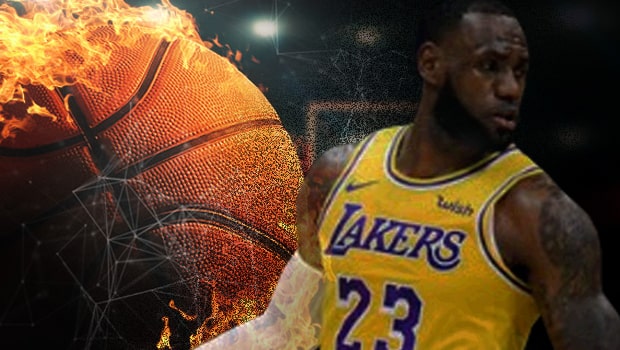 LeBron James has praised LA Lakers head coach Luke Walton for adding young talent to the roster this season and the three-time NBA Finals MVP is hopeful the team can make the most of their extra pace.

LA made the marquee signing of LeBron from Cleveland Cavaliers at the end of last season – bringing his second stint at the Quicken Loans Arena to an end – and the new arrival has produced two positive performances in the two pre-season defeats to the Denver Nuggets.

At 33 years of age, the American small forward is the oldest player among Walton’s ranks but as his legs are starting to go his younger team-mates are firing on all cylinders.

Brandon Ingram, 21, and Kyle Kuzma, 23, are both highly-rated and the extra pace they bring to the team could help the Lakers improve on their 11th-place finish in the Western Conference last season.

LA continue their pre-season preparations on Thursday night when they take on Sacramento Kings and two-time Olympic gold medallist LeBron has been speaking about how much extra threat they have with their pace.

“You see those young legs out there,” he told Yahoo Sports.

“We would be stupid not to utilise that as a strength. That’s just good coaching.”

However, LeBron says LA must be clever with how they use their pace and not rush good situations.

He added: “We want to speed up the tempo to get a great shot and be under control. That will all come. That’s what the preseason is for.”

LA are 8.50 to win the Western Conference this season whilst they are 12.00 to be crowned NBA Finals champions for the first time since 2010.