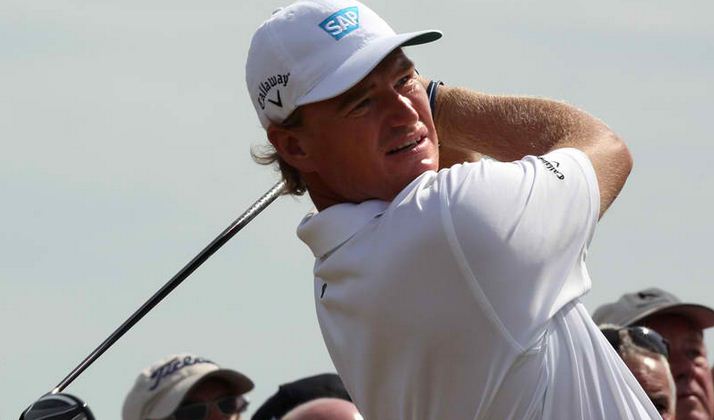 Ernie Els claims he is happy with his game despite missing the cut at Scottish Open, just six days before he begins defence of his Open crown.

The world’s best players are currently honing their game ahead of the third Major of the year, but the defending champion’s preparation has not gone as he had hoped.

The 43-year-old missed the cut at Castle Stuart by two shots, after carding rounds of 72 and 70 on the first two days, for a halfway total of 142.

Despite reaching two-under-par Els, who has finished in the top 20 in four of his last five appearances in the Majors, was 10 shots behind the halfway leader – Scotland’s Chris Doak.

But with plenty of low scoring in favourable conditions, the ‘Big Easy’ still feels there are plenty of positives to take out of his play in Aberdeen.

The four-time major winner insisted: “I thought I played quite well today but I had no idea on these greens, so I am glad I am leaving to get on some other greens.

“A missed cut is not great but we have had a great time here. I did not get the run of the course, it felt like it was against me, but I am playing nicely and gave myself a lot of opportunities. My game is where I want it to be.”

Els is now expected to head to Muirfield early next week to play a couple of practise rounds, before the start of the Open Championship on Thursday, July 18.

The South African, currently ranked 13 in the world standings, has happy memories of the East Lothian links course – that was where he collected his first Open title in 2002.