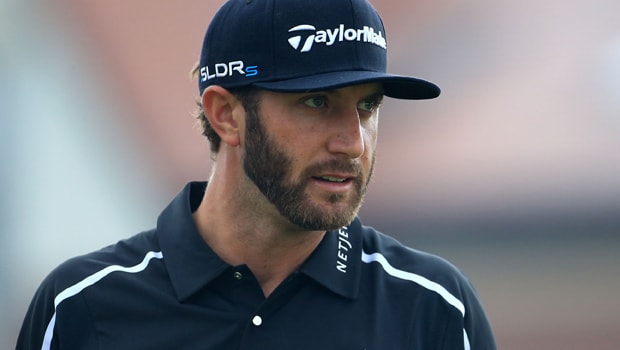 World number one Dustin Johnson is one of four players sharing the lead heading into the final round of RBC Canadian Open at Glen Abbey GC in Oakville.

Johnson, who birdied five of his first six holes, is joined at 17-under par by Koreans Byeong-Hun An and Whee Kim and overnight leader Kevin Tway at the top of the leaderboard.

Johnson had a lot of popular support during round three, something he attributes to his engagement to Paulina Gretzky — the daughter of Wayne Gretzky, regarded as ice hockey’s greatest ever player and a Canadian sporting legend.

“I can thank Wayne for that. There’s a lot of Gretzky fans out there, and so they tend to pull for me, which, thanks Wayne, I appreciate that,” he said post-round.

Despite the fact that all the par fives at Glen Abbey are reachable for Johnson – who leads the tournament in driving distance – he played the four of them in only 2-under par, having had a wedge and a nine-iron into the 16th and 18th holes respectively.

He admits the course is capable of producing low numbers and he’s just keen to ensure he remains in the hunt come the back-nine on Sunday.

“This golf course…you can shoot really low, which I did [Saturday]. I’ve played well here, and I’d definitely like to just give myself a chance to win coming down the last few holes,” he added.

European number one Tommy Fleetwood had five birdies on his back nine in a 68 in round three and is six behind the leaders.

Johnson is 2.00 favourite to win the RBC Canadian Open, with Byeong-Hun An now 4.33 to win the tournament.